Why You Should Use Campaign Budget Optimization

The structure of your campaigns and ad sets might not seem like an important detail, but it
is. Understanding how Facebook optimizes ads is important for how you set your ad spend budgets as your money can end up working for or against you.

Creating a campaign with the proper objective is the first step when it comes to managing your ad spend. After creating a campaign, you’ll create ad sets that essentially represent the audiences you’re targeting. Ad sets are a group of ads that share similar settings, such as how, where, when, and who the ads are targeting.

For Facebook to optimize your ad set to achieve the best performance, they say they need at least 50 conversion events over a 7 day period. That ends up being just over 7 conversions per day.

If your conversion price ends up being roughly $40 per lead, that means your budget should be $280 per day for just one campaign that has one ad set. If you continue with the calculations, you will find that it comes out to be $9,000 per month for your single optimized ad set. Say you are running two ad sets. The numbers double. With two ad sets, the total is $18,000 per month and so on.

That’s a lot of cash for a campaign, and most advertisers can’t spend that amount of money. However, you must know how the optimization works so you don’t create too many campaigns or too many ad sets. Understanding how optimization works will help you spend your money on advertising better, ensuring your ads reach your target audience.

If your budget is lower, meaning under a few hundred dollars per day, ad set management is very important. If your budget is on the lower end, we recommend one campaign with 2-4 ad sets, which means you’re targeting 2-4 audiences at once.

Even at $200 per day, this campaign may or may not even exit the learning phase. Take a look at the table below, which displays an example of the ad set conversions based on a $200 per day campaign.

Essentially, CBO will determine where the ads will be more successful and deliver larger portions of the budget to those areas. Thus, CBO can assist in maximizing the total value of your campaign’s ad sets.

If you have a higher budget, you can create more campaigns with more ad sets, but again, be sure you don’t have too many ad sets with too low of a budget. This will inhibit the ads from being as successful as possible, as too low of a budget will not allow for the greatest optimization.

When there are too many ad sets, none of them get enough budget to optimize, and the overall campaign never really gets legs. Try to avoid having too many ad sets, and focus on an appropriate amount for what you need. Below is a chart that displays what too many ad sets for a low budget look like. 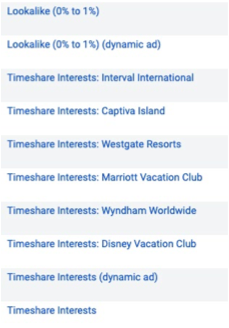 Too Many Ad Sets for a Low Budget

So you don’t have to worry about the budget allocation, and if the ad sets have inconsistent performance, Facebook will automatically allocate the daily budget for the best performance.

Since this process is automated, you will not have to spend excessive time managing ad campaigns, leaving you time to manage other high-priority tasks. In addition, this strategy can help you see quickly which ad sets are underperforming, giving you valuable insights into the types of audiences that are working and those that are not!

Previous BlogIs the Conversion or Traffic Objective Right for Your Campaign?